For this month's Michaels Makers challenge, we were asked to take on a popular DIY trend.

I've been seeing tie-dye pop up in home decor lately, but not the rainbow psychedelic summer camp t-shirt kind. A deep blue patterned style of tie-dye called shibori. I've never tie dyed before, so here's how it went down!

I hopped onto our Facebook page and did two live videos of the process:

I'm not going to share a full tutorial because dyes and fabrics are different. It's REALLY important to read the directions of the dye you are using. 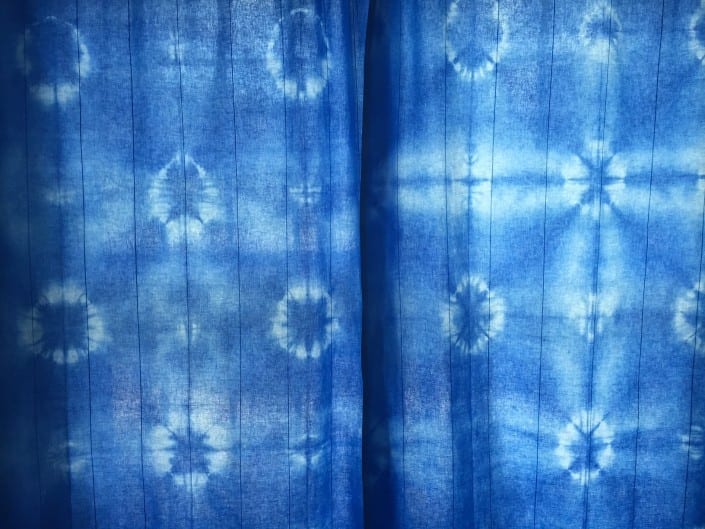 If I hadn't have done the two videos, I probably would have scrapped this project and called it a day, haha! As soon as I took the curtains out and unwrapped them, the dye looked to have soaked the whole curtain (without a tie dye effect), and it was super light and faded.  I was kiiiinda freaking out.

After I let the curtains soak in the dye for 45 minutes, I rinsed them with cold water, and according to the package, ran them in a warm cycle in the washing machine on the "speed wash" cycle and dried them outside. When I took them in they looked like this: 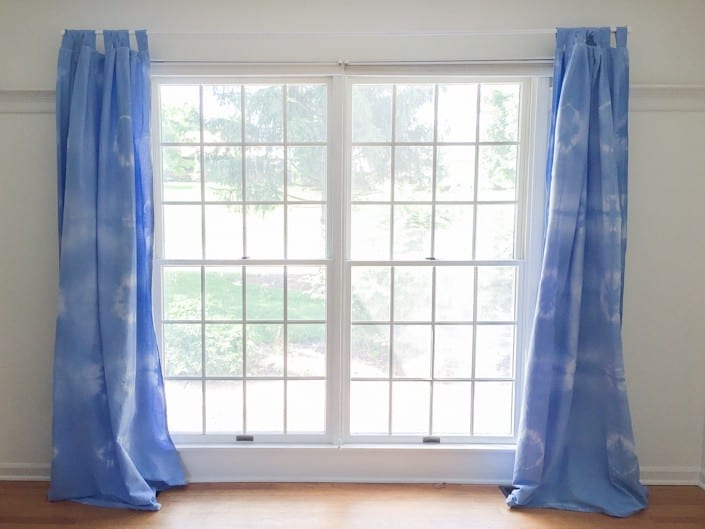 Which was far from the vivid blue look I was going for!

If I pull the curtains over just a tiny bit so the light from the window shines through, here's what it looks like. (Both pictures here are unedited.) 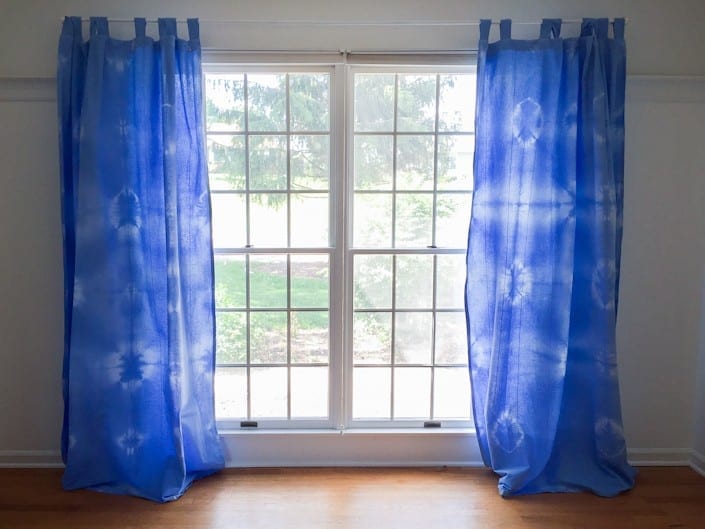 Ahhhh, it looks so much better! I'm not joking, I was ready to toss these and start over. Doug stopped after work to get a few more pairs of curtains and I was about to make a late night Michaels run.

But alas, sleep is a precious thing these days and I decided to show you the curtains, no matter how bad they turned out. I ironed them, hung them, and gave out a little gasp because I couldn't believe it worked out. 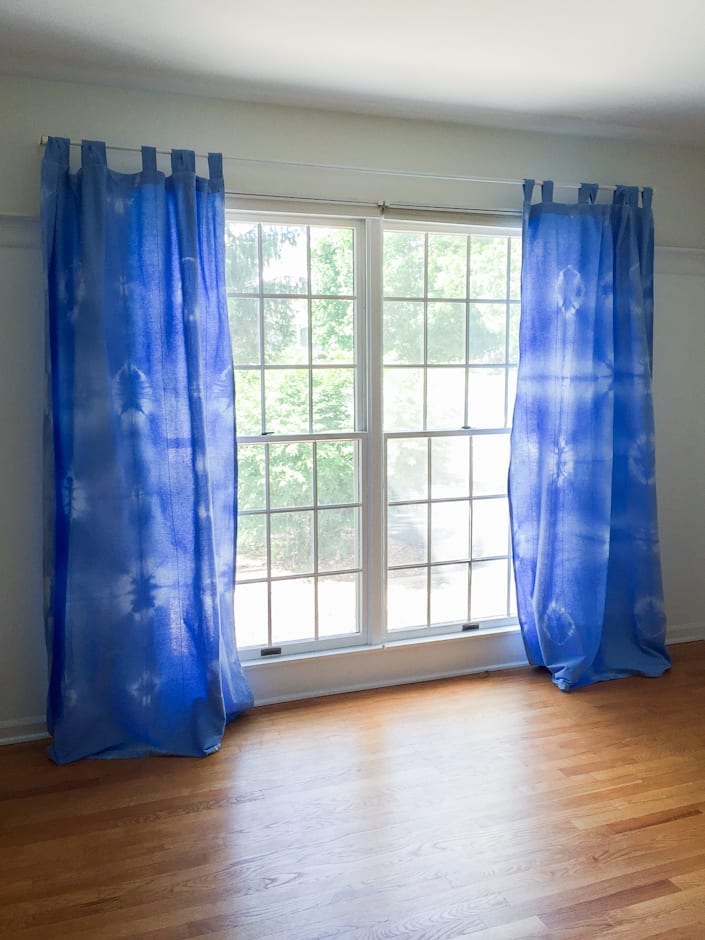 Here's what it looks like with the curtains completely closed. The room has a soft, dreamy blue tone to it. 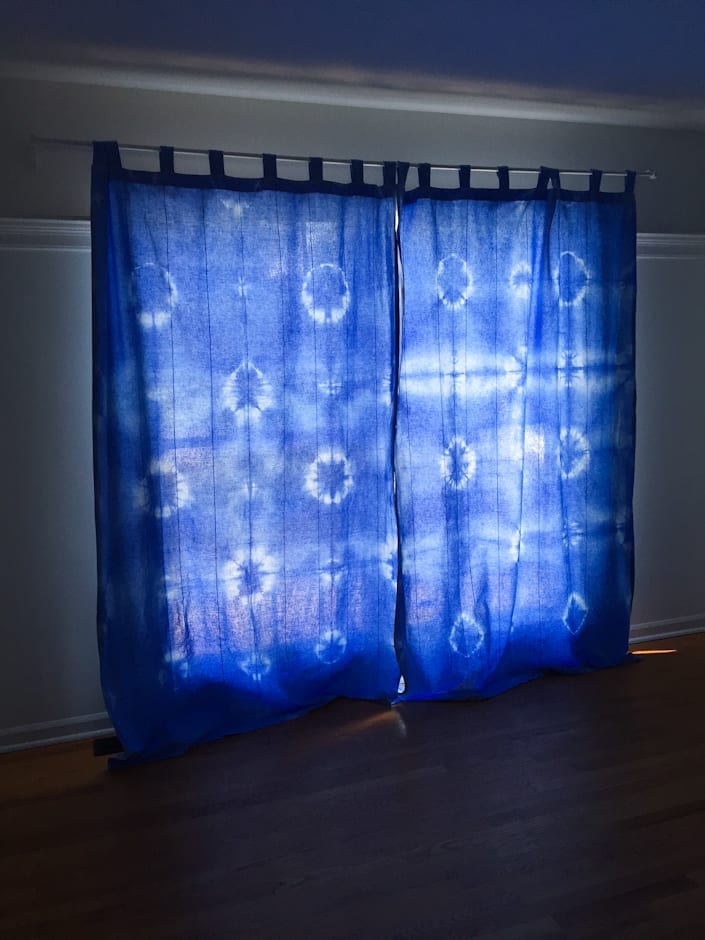 From the outside of the house it looks a bit crazy, but on the inside it looks so cool. Maybe I'll start blasting some Bob Marley to throw off the neighbors a bit... 😉

Tie dye, this is not the last you've seen of me!

If you decide to try this project out, you'll need way more dye than I used. I used 2 dye packets which yielded 2 gallons of dye. When reading other tutorials, this one was helpful, I should have used 8-10 gallons of dye! Another commenter also mentioned wrapping the curtains in a bag and letting them sit for 24-48 hours.

Next time. Because there definitely will be a next time.

From tie-dyeing to lettering to tassels, pom poms and even unicorns, Michaels has everything you need for the latest and hottest DIY trends! Be sure to checkout all of the other Michaels Makers Favorite DIY Trends on the Michaels blog.