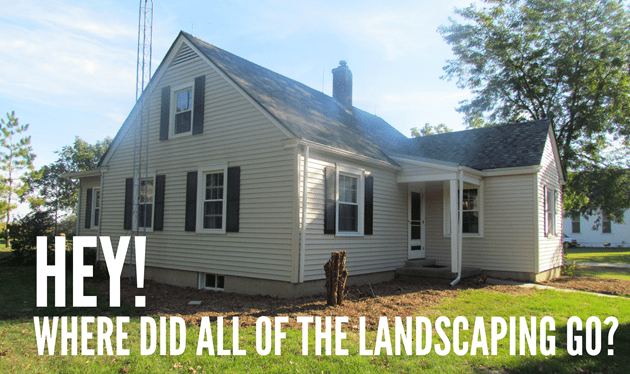 Let’s start at the beginning, shall we?

Here’s a picture from when we first took a tour of our house, August 2009. WOW. 3 years ago?! This is why our blog is called white house black shutters (even though our house is not white). We had old, dirty white siding that I thought we’d freshen up with new white paint, and I envisioned adding black shutters. The bushes and landscaping were outdated, but not too shabby. 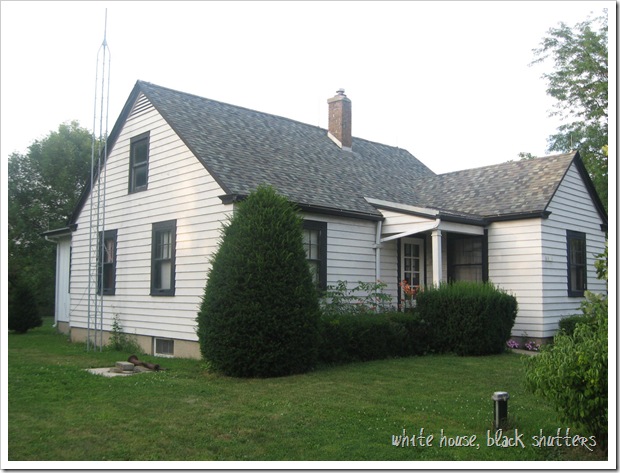 Here’s the house after we replaced the siding and windows, no shutters just yet!

You can see more pictures on our super outdated exterior house tour that I’m not even sure I want to link here, haha. The below picture is the after. 🙂 It’s on my to-do list guys. Anywhoooooo... 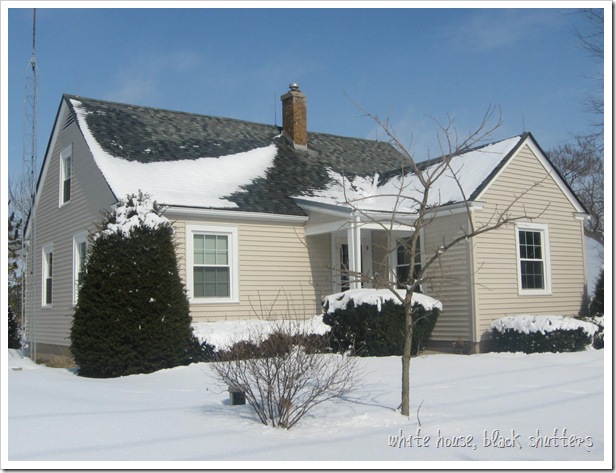 Fast forward three years. We added two more kids to the family, did a whole bunch of work in the house and in the backyard, but totally neglected the front.

This picture actually makes me laugh out loud really hard, because uhhhh... those bushes look awful! 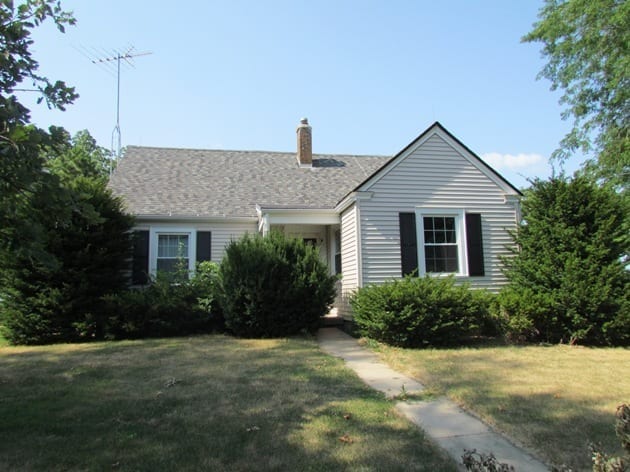 You can’t even tell that our house HAS a front because they’re so overgrown! 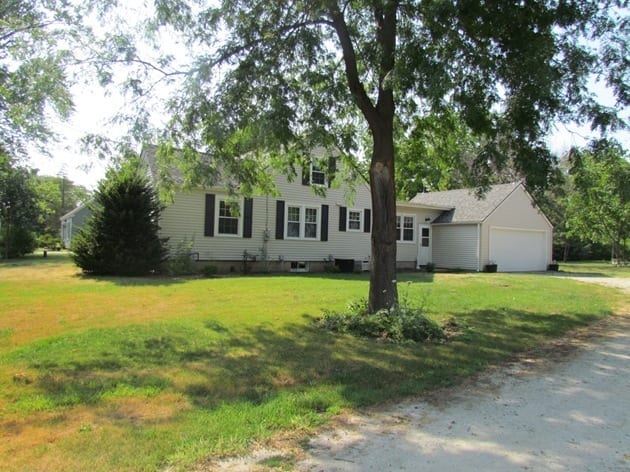 Hey ho, these bushes have to go! 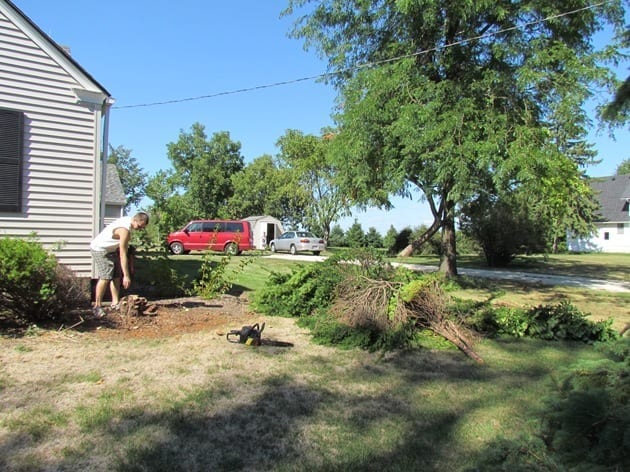 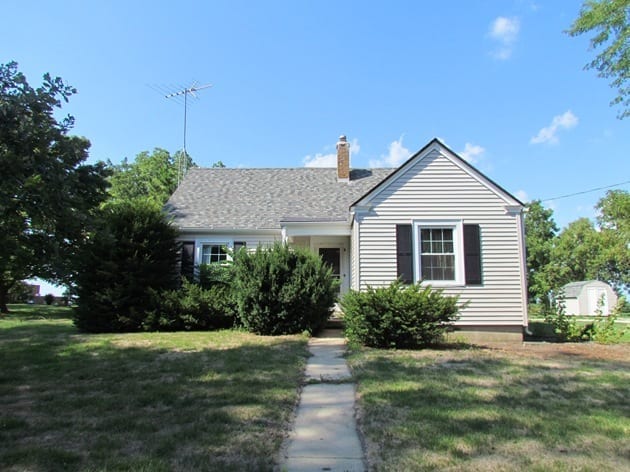 It already looked nicer. You couldn’t see that front window before, and now our house wasn’t so flat.

But umm, this is a problem: 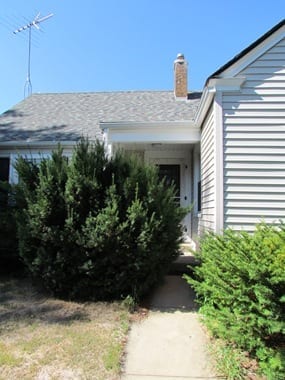 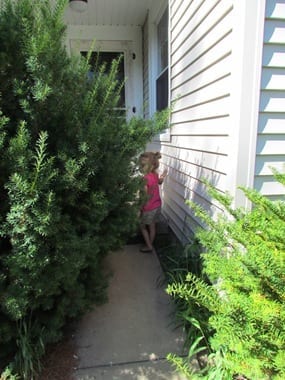 Inspired by an episode of “Ask This Old House”, Doug finished the job. Chopped em all down. See ya! 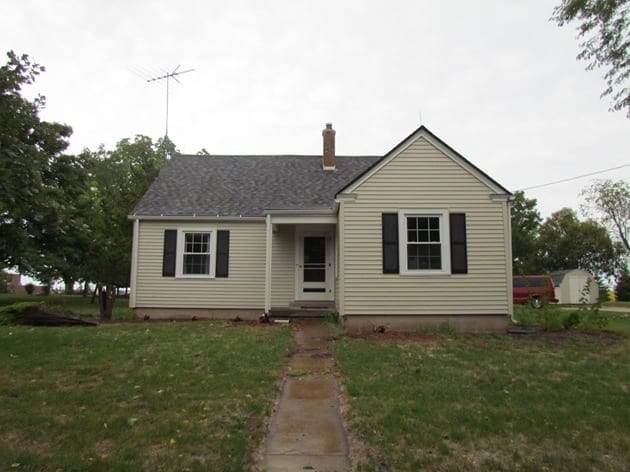 The next weekend, we added free wood chips from the city. It took Doug an hour of loading, hour of unloading, hour of cleaning the van out, and the rest of the weekend saying “oh, my back!” It looks great.

I was wondering if we should have kept em, until I talked to our next-door neighbor (who refers to us as “the people who do stuff” because we’ve done so much to the house, haha). He asked me about it, and said it looked 100 times better. Maybe we’ll get bushes in this fall from some of these end-of-the-season clearance sales?

But for now, this is better. You can actually see the house and the door instead of the monster bushes. 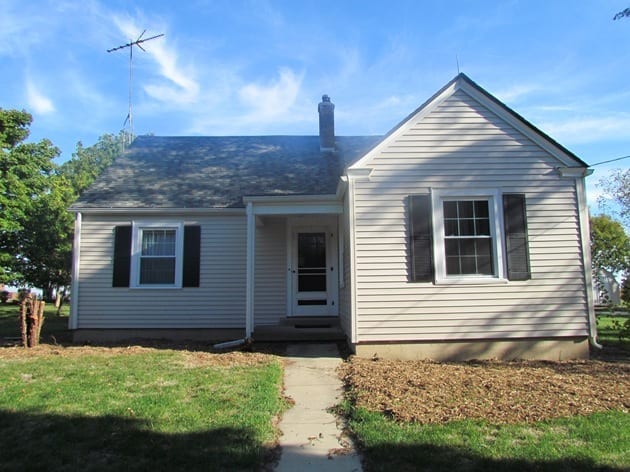 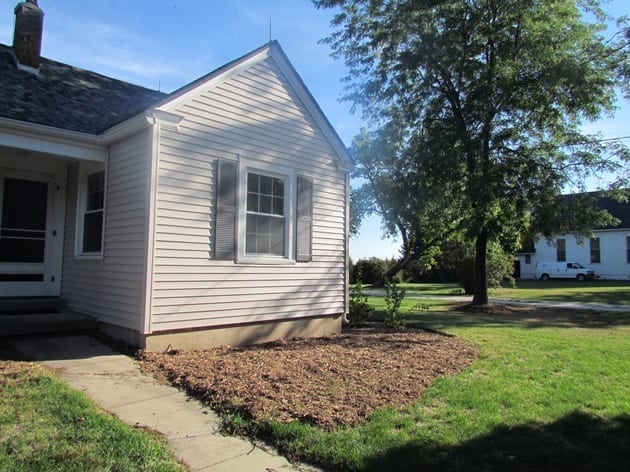 A planter with a big ole mum would look awesome next to the door! Which needs to be painted... and the area swept... and maybe a wreath would look cute... okay I’m stopping myself now! 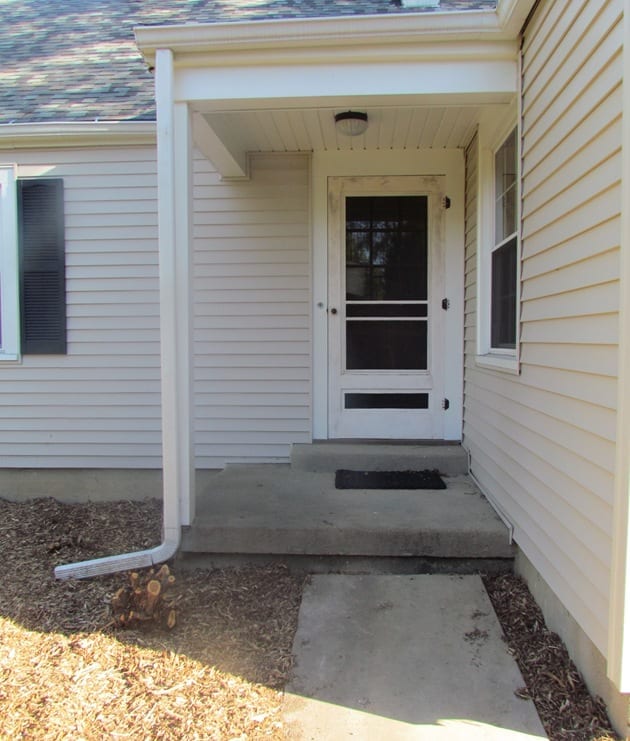 You can see the front! 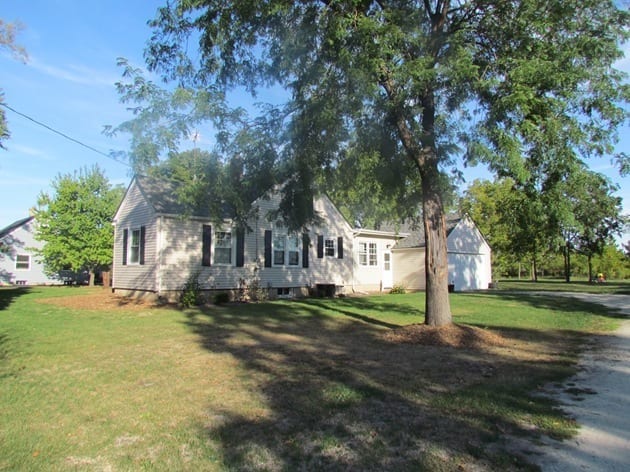 That stump will get taken down, but the chainsaw decided it was tired and needed a break. 😉 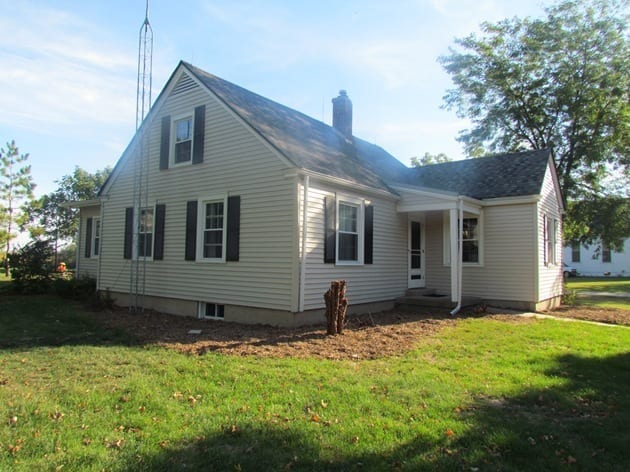 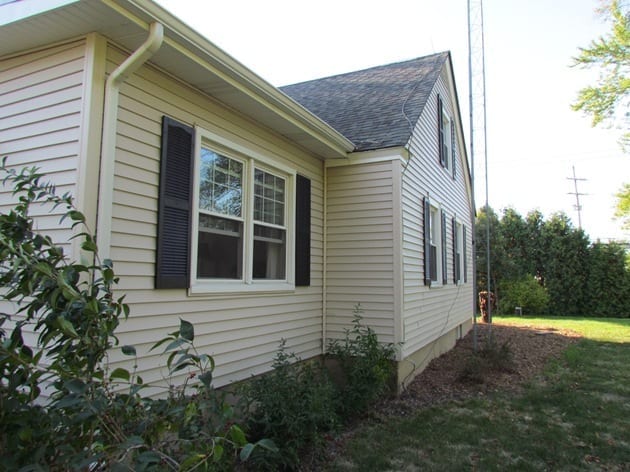 So what do ya think? I’d love any tips or recommendations on bushes or plants that you love, or anything you’d think would look good in that space.

Have you done your landscaping yourselves? Cut down over grown plants?