We’ve been waiting. And waiting and waiting and waiting for a good snow this year! I’m not complaining about the unseasonably warm temps and mild winter, but since watching Frosty and Rudolph the Red Nosed Reindeer about half a million times this Christmas, Lily wanted to build a snowman. 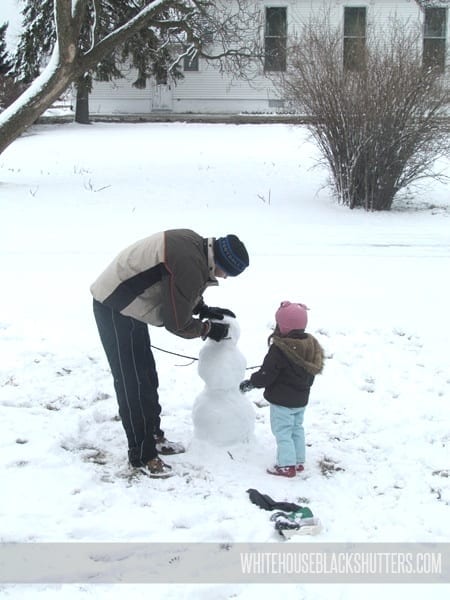 We finally got somewhat packing snow, so Lily and Doug built this studly snowman. Rock eyes, carrot nose, stick mouth, fabric scarf, and Bulls hat. I love that mouth, it reminds me of a muppet, haha! 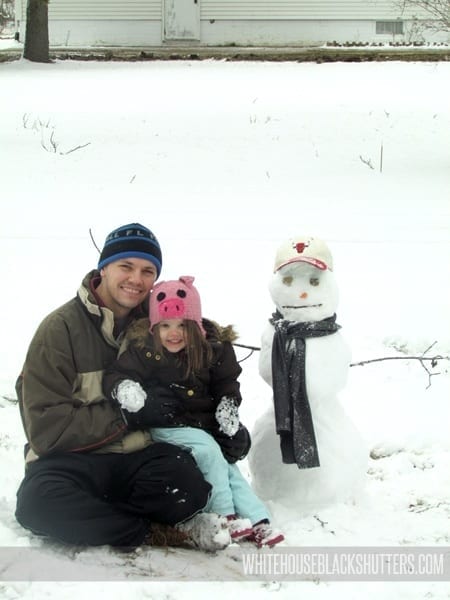 Ben was teething and had a fever, so he stayed with me and watched from the window. He really wanted to go out and insisted on wearing his hat and shoes. 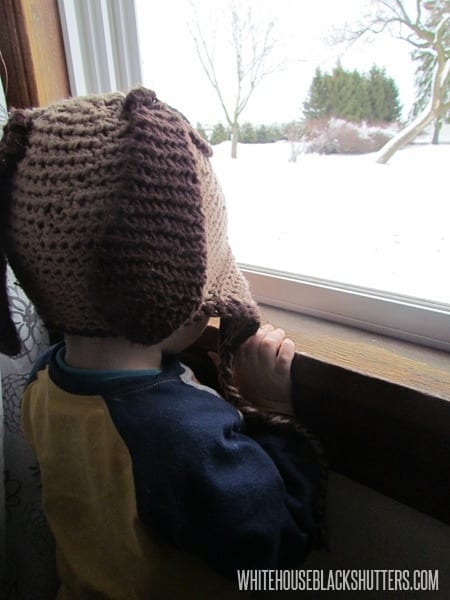 Poor guy. But they built the snowman so that he faced the house and Ben could see him too. 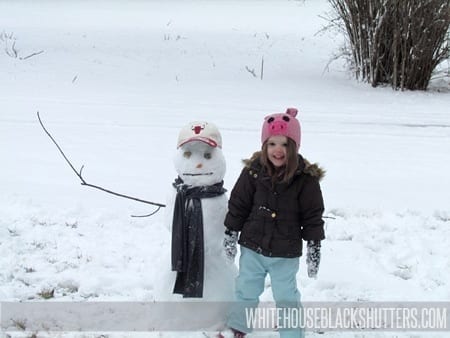 That was Saturday. Unfortunately this is how Frosty looks today. His face melted off and he’s getting anorexic. Wah wah waaaah. 🙁 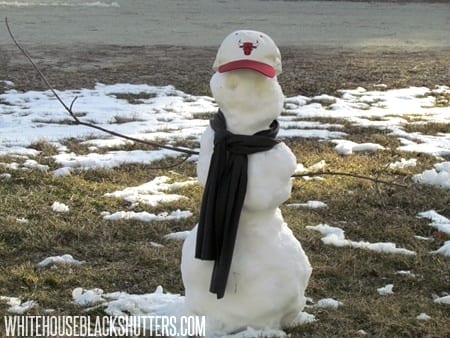 Pretty darn creepy if you ask me. He can keep melting so he’s not staring at me through the window...

Okay, we got to make a snowman. That’s been checked off our list. Now hurry up spring, I’m ready for you!