Three years ago, I made a dishwasher safe glitter mug and posted the tutorial. You guys must have thought it was cool or something because it then went crazy on Pinterest and Instagram. I've had a few people asking for a glitter mug update so here is the update I wrote after 6 months of use. 3 years later, it still looks great and everything I said here applies. 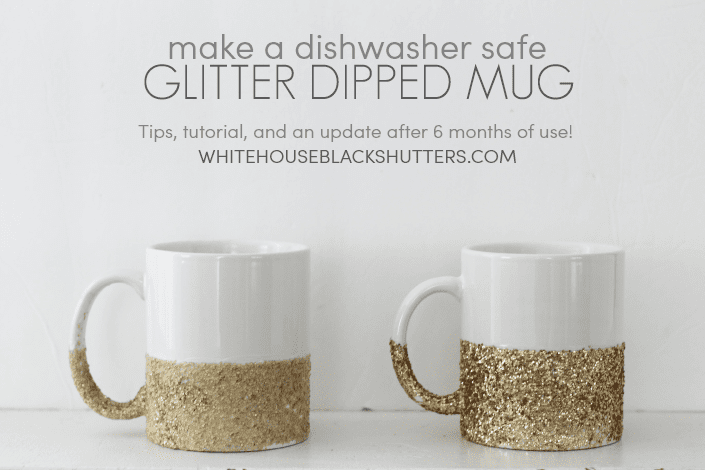 Read this tutorial for how to make it, and make sure to follow the tips below.

1.) Use GLOSS not MATTE finish 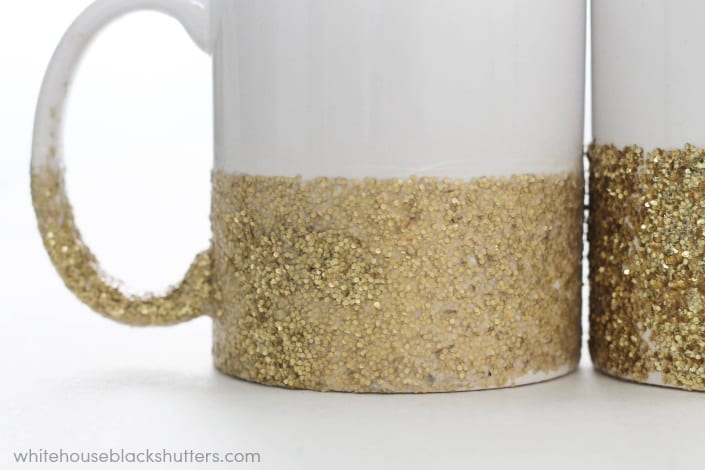 According to the instructions, wait about a day in between coats. You might do it differently with okay results, but I know that waiting worked so I don't recommend doing it sooner.

I cannot stress this enough. Make sure you wait or else your glitter might not stick! This recommend is right on the bottle so I wouldn't mess with it. 🙂

4.) Use the formula recommended!

In my tutorial, I use Martha Stewart Decoupage in Gloss. You can find it in Michael's stores. I have not tried other formulas or Mod Podge and do not know if they are truly dishwasher safe. You can try it out! But do so at your own risk. 🙂 If you can't find the product and aren't washing them, they will probably look fine.

Since I wrote the original post Mod Podge HAS come out with a dishwasher safe formula (at Michael's as well), but I have not tried it just yet. Did they make it because this cup is so awesome? Maybe not but I'd like to think that, haha! 😉

Update: I still haven't tried it, but some readers have told me it works great! I guess both are made by Plaid Crafts so who knows, might even be just the same product in a different bottle.

One of the photos on Instagram that I was tagged in (of many, many pictures) did not work. It stuck and all, she said she followed the instructions to the T, but her cup looked like a mix of the gloss and matte cups above. I feel awful! But I didn't make the formula and don't know if there was something off with her bottle.

Hundreds (if not thousands) have tried this and I've only heard once of a problem. I wish I could guarantee it will work, but I can't do just that.

If you have a problem, look for a number on the back of the bottle and let them know! 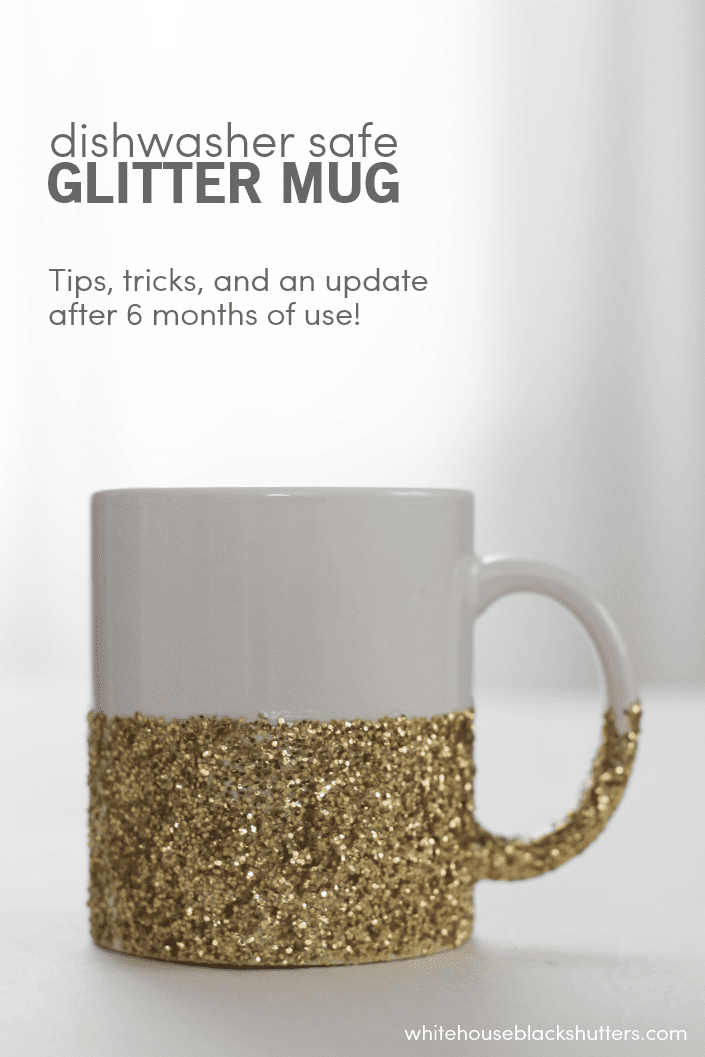 Here is the tutorial to make your own dishwasher safe glitter dipped mug.

Let me know if you make one! Either tag me on Instagram (I'm @whbsblog), use the hashtag #glittermug, , message me on facebook, or email me amheasley @ gmail . com. 🙂

If you'd like to see MY glitter mug in action, use the hashtag #glittermugchronicles.

Our mug is still in use and looks great. Although I will say, I barely use it because my kids love to! 🙂