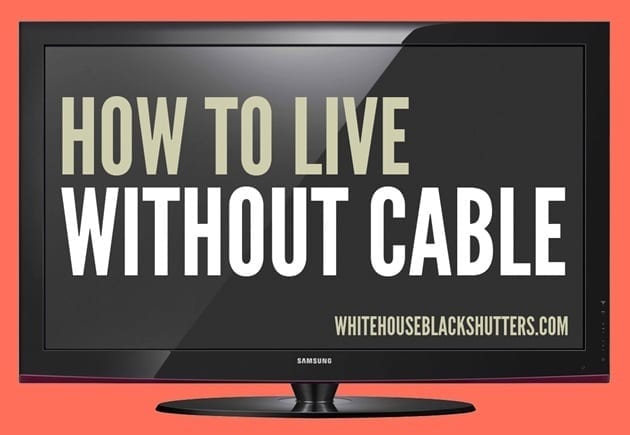 We’ve been living cable free, and cable bill free, since June 2009. When we moved into our home in October 2009, we inherited a huge goofy-looking antenna attached to the house that helps out. A few years ago, it was a crazy notion and people looked at us funny, but now, many people are switching to internet TV.

You might miss loads of sports, actually talk to each other more, and your kids will not be absorbing the goodness that is the Real Housewives of insert region here, but I promise you’ll survive. And you’ll save a ton of money. Here’s how we live without cable or dish.

We have a HDTV (a 40” LCD) we are able to hook up to the antenna. We get about 40 HD channels for free! We get the main channels with bonus channels (11.1, 11.2, etc) attached to them.  If you don’t have an antenna or HDTV, you can get an antenna or converter box for a decent price these days, much cheaper than the cost of cable or dish. 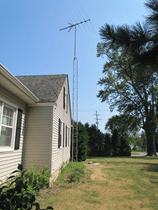 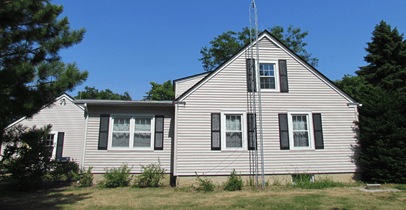 Edited to Add: We have since moved, but are still living cable free. We lived for months without an antenna, but did put one in our attic. We don't use it much though! After getting used to streaming TV and no commercials, we only really use the antenna for local sports.

I do miss certain shows on cable, the movies (oh, the movies!), old sitcoms, a DVR, and on demand. Here’s how we get around that:

Find a Way to Stream Stuff

There are many options out there to do this:

We catch up on our favorite shows and shows we may have missed from our cable days on Hulu, a site that streams CURRENT TV shows online the day after they air. It’s like our DVR but better.

They have a free option which is good, but we recently upgraded to the Hulu subscription for $6.95 and love it. They have entire seasons of shows instead of the last four, and if you miss an episode, you can watch it that night. With the regular Hulu you may have to wait a week. It’s a nice cure for “there’s nothing on TV tonight.”

To get a two week trial of Hulu Plus (instead of the one week they offer), sign up with our referral link here. 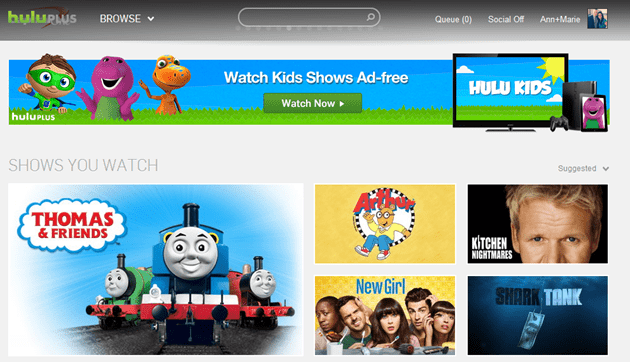 My kid is FREAKING OUT AT ME with all of these screenshots including Thomas.

Edited to add: If you want to keep up on current shows, Hulu would be a good fit for you. We've since been watching more Netflix and YouTube since we aren't keeping up on any current shows. I have found the commercials on Hulu annoying, especially because we pay for it. I've thought about canceling, BUT recently heard that they are adding all seasons of Seinfeld to Hulu. We really like Seinfeld, so we'll keep it around for now.

I think Netflix is great and still cheaper than cable (7.99 a month). Lots of kid movies, shows, movies, and documentaries.

Edited to add: Netflix used to be kinda meh, but IT IS AWESOME NOW. If you don't have it, GET IT! (They're not paying me to tell you that.) Recently they've gotten a lot more current movies, and also added a ton of HGTV and Food Network shows. Hello, those were the two big things I missed about cable! It's rare that we can't find anything to watch on Netflix these days.

We pay for Hulu Plus, my sister pays for Netflix, we share it with my parents. It works awesome! You can have so many accounts streaming at one time, so you might need to upgrade later down the line if it becomes an issue.

Edited to add: Netflix now lets you have multiple profiles. Sharing accounts used to mess up our queue and recommendations (hello,  foreign films with a strong female lead and Thomas the Tank Engine with a side of goofy dude comedies). We now have profiles for my sister, parents, teen siblings, our kids, and us. Lots of HGTV and goofy comedies on ours. 🙂 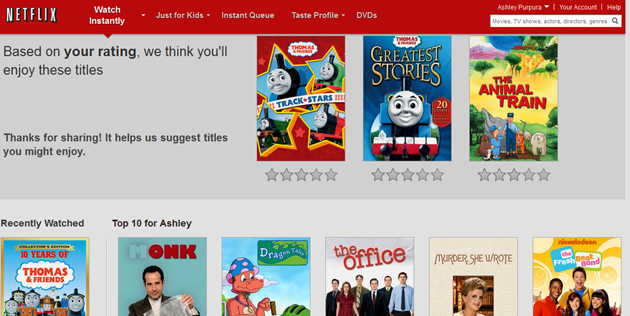 Sometimes, you just want to rent a movie. We use Redbox ($1.25 a day, varies regionally) and vudu.com ($3.99 a day, varies). Both are cheaper than going to the movies and finding a baby sitter.

Redbox is cheaper, but with vudu.com we don’t have to run out to the store and find a movie that’s still available, and then race to get to the store again before 9 pm. Vudu also has movies that may still be in theaters, while with Redbox you have to wait a few days.

Edited to add: we don't use Vudu very often any more, but instead use Amazon Prime to rent movies now.

Since writing this post in 2012, things have come a long way and I'm editing this area completely.

We now have a Samsung Smart TV we bought on Black Friday. From there, we're able to stream Netflix, Hulu, Amazon Prime, YouTube, Vudu, and many other options. There are a TON of things on Netflix now where before there really wasn't much of a selection. YouTube has just about any show or thing to watch that you could want, although it might be bootleg and you might have to call yourself a pirate.

We still have the streaming options above. I've debated canceling Hulu Plus (now just called Hulu), but they're adding every Seinfeld episode later this month soooo... I probably won't cancel that. We now also have Amazon Prime since we signed up for the Prime shipping. I don't use that all too much, we'll use it to rent movies that aren't on there and also for Blues Clues. If you like HBO shows or Downton Abbey, those are on there.

We've never tried a Roku, Apple TV, or any of the Google or Amazon sticks. But if you're looking to ditch cable and also need a new television, I highly recommend the Smart TV.

Since moving to a different house, we did get a new antenna from Menards, had heard from family members that they carried good ones. However, we're so used to watching TV commercial free while streaming that we VERY RARELY watch shows using our antenna and TV. We mostly just use this for local sports now.

I've also had a lot of questions about sports. Since we have the antenna, we get most local sports. We get all of the local football games. For hockey, basketball, or playoff games, we'll occasionally look up a game on the computer to see if it's streaming online, then hook up the TV with an HDMI cable.

Or Turn off the TV!

Since getting rid of cable, we watch a LOT less TV. And a lot, lot, lot, lot less sports on TV (fist pump). I love it. We spend that time as a family, play games, tackle projects, talk, have a date night, or just go to bed early. This is a really, really good benefit that is the better of all of the above options. 😉

Are you paying too much for cable, or have you ditched it?