My kids love a certain monster movie and their favorite character is this silly green guy named Mike. My dad made this game for a Halloween party. When my kids saw it in their garage, they sounded a lot like the little girl Boo from the movie. “Mike Wazowski! Mike Wazowski!” 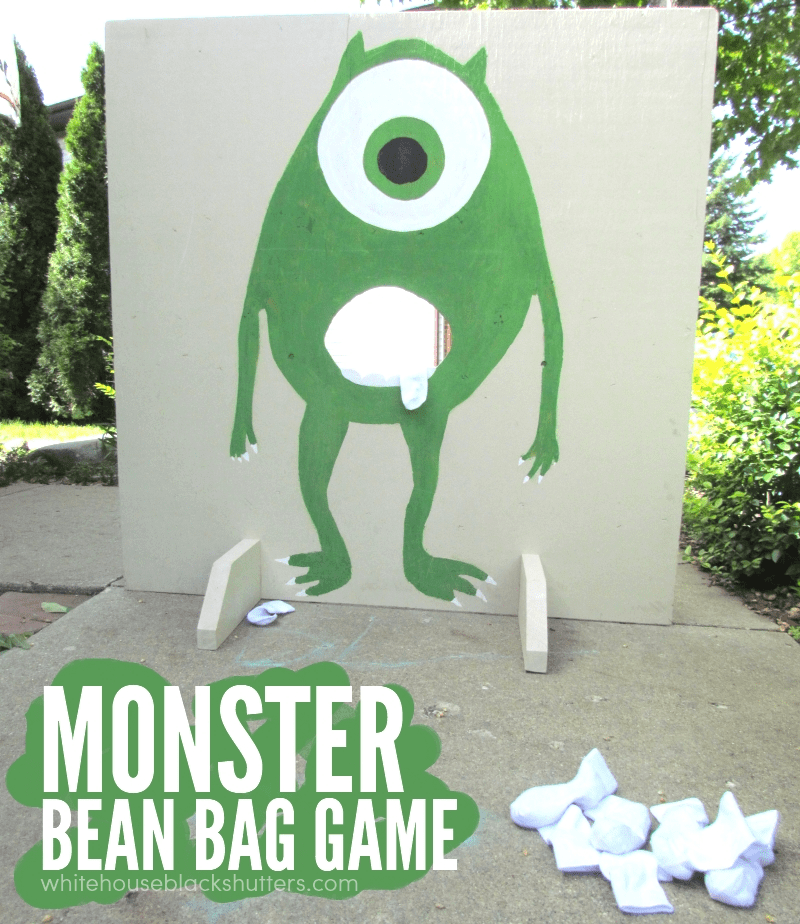 First, take a 4 foot by 4 foot board and paint your monster on there. This is probably the toughest part, but think of the monster in parts. An egg with triangles, a circle, another circle, etc, and it should go a bit better. Paint the board white first, sketch with a pencil, then paint it.

Somewhere in there you’re going to cut out the mouth with a jigsaw, create supports out of boards, and make some beanbags! 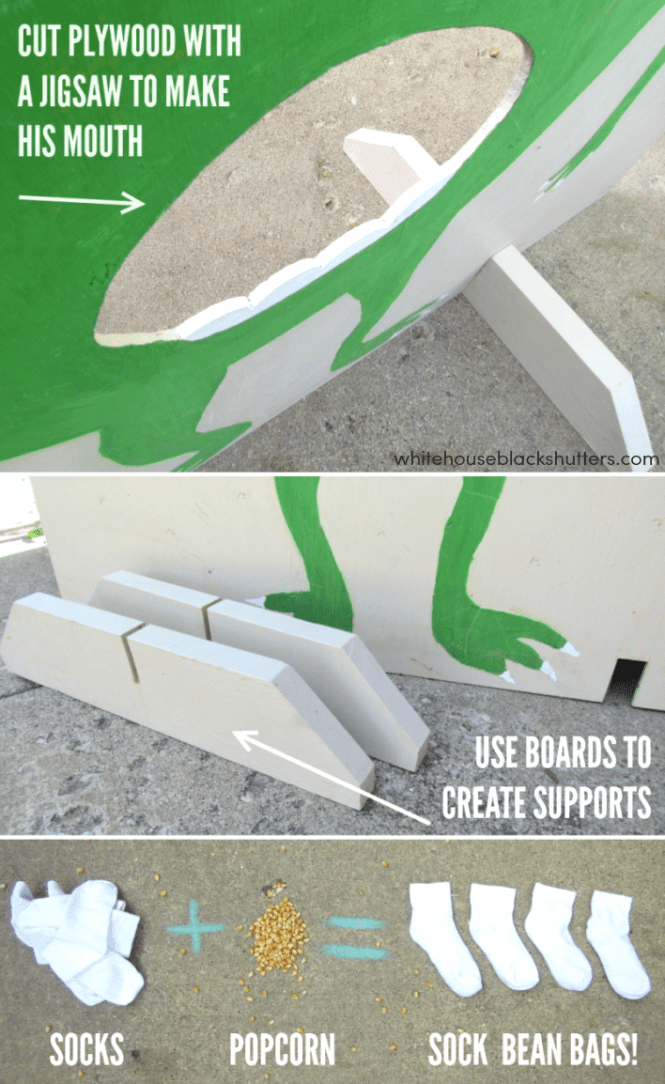 In the movie, the monsters are scared of getting contaminated by the children, since they’re thought to be toxic. One poor monster gets a sock stuck on his back, and the authorities come in to shave him and blow up the sock.

Since our monster looks scared, we’re going to throw sock bean bags at him. The socks are filled with a bit of popcorn kernels and hot glued on the top. You could sew them if your kids are older, but mine are not chucking these things really hard and the hot glue stood up pretty well. 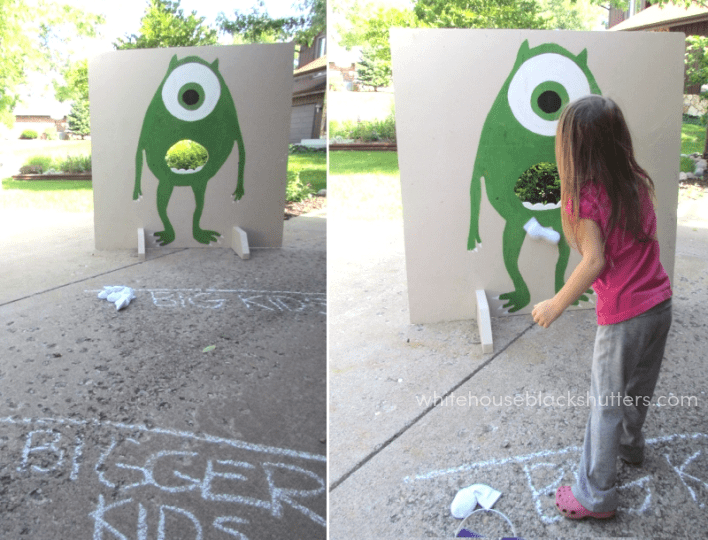 I was really surprised at how well my kids did when playing the game!  Both were able to get a few bean bags in from 2-3 feet away. If your kids are older, have them step back a bit farther or give them REGULAR socks to throw into his mouth! I tried, it was TRICKY!

Now that the sequel Monsters University is out, the game is even more of a hit in our house and will be perfect for Halloween! 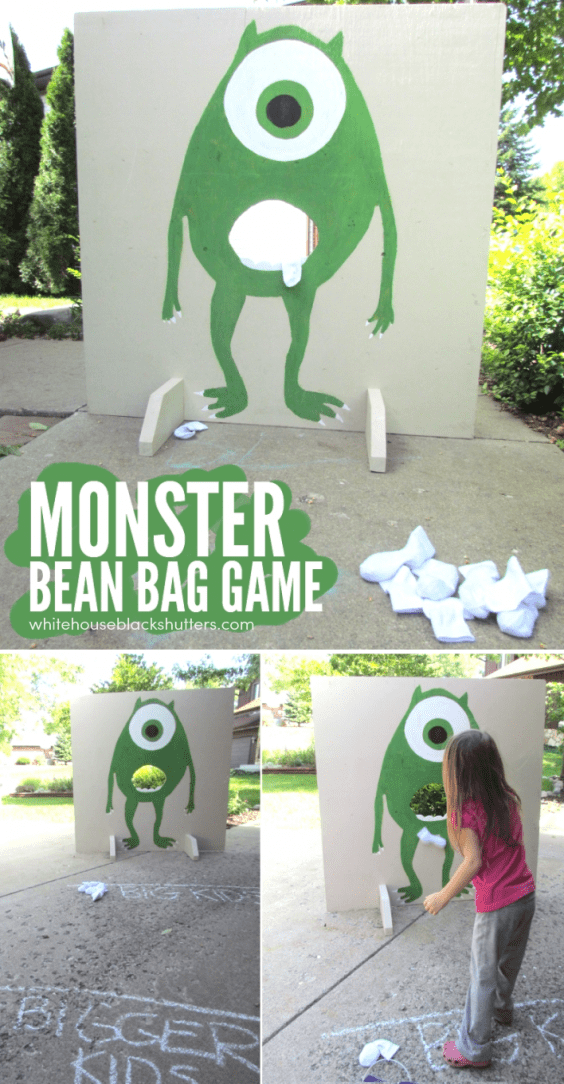