…that I bought at Home Goods for half off during an after Christmas sale in Jan 2008. 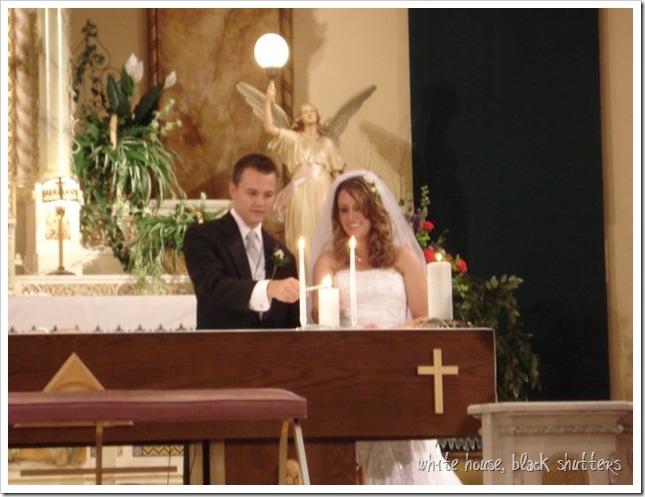 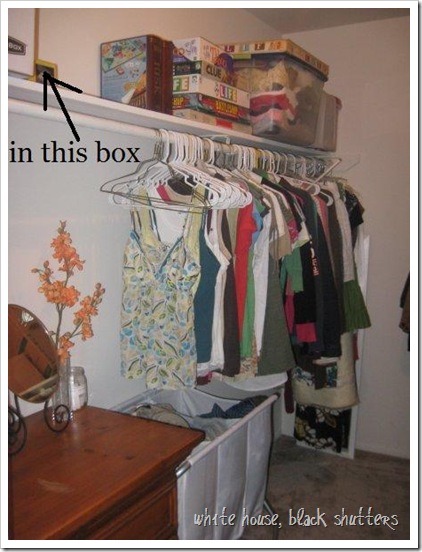 …brought it to your Sister-In-Law’s garage sale in the beginning of Sept ‘09. 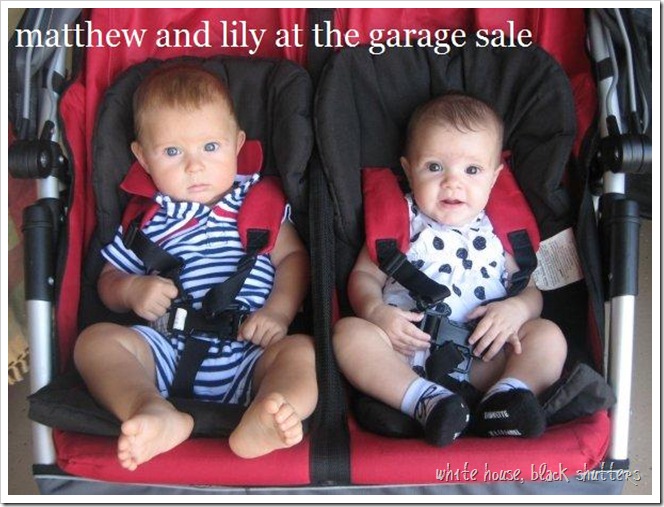 Chickened out on selling it. I mean how often do you stumble upon a 24” tall white candle? And on sale for 50% off?

Put it in my car trunk and there it stayed till we moved to the house in Oct’ 09: 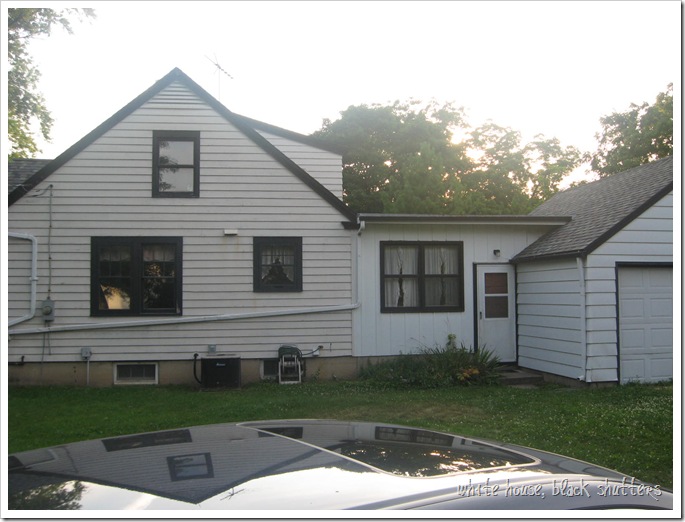 Since then, it has been sitting in Doug’s closet.

One night, I was on my way home from my parents’ house. It was late and dark and although Doug was at home starting dinner, I told him I was going to stop at Goodwill to see if they had some curtains. I had a feeling about this Goodwill trip…

Turns out, my Goodwill senses didn’t fail me and I did find curtains! But that wasn’t all...

I found this not on a shelf, but hiding in a fake wood entertainment center!

And it was tall! Oh, how tall!

To top it off, it matched another candle holder I had found months earlier (at another Goodwill). 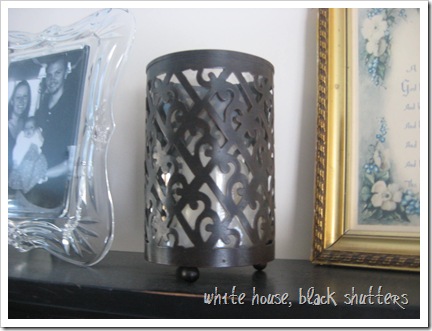 Could it be? Had I finally, after over two years, found something that would house my freakishly large white candle? 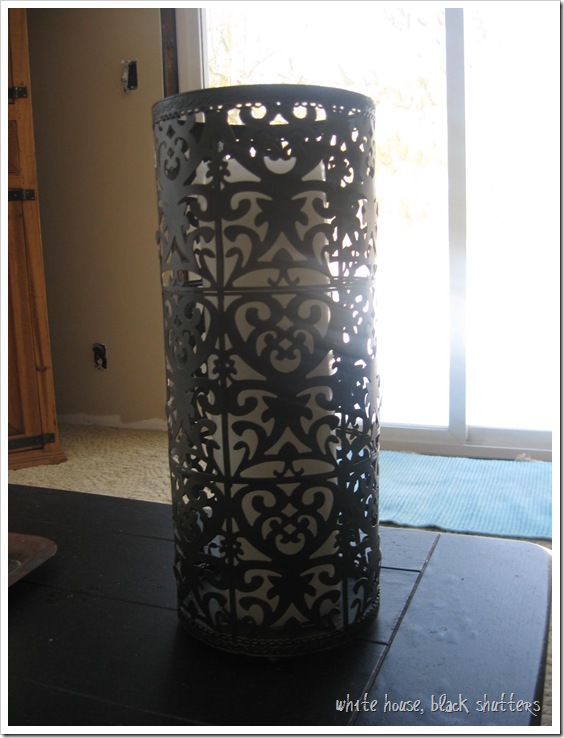 It was a perfect match.

Previous Post: « Painting the Things No One Sees
Next Post: Basement Laundry Room Gets a Little Brighter »