If you’re new around here, I used to have a series called “Help Me!” Wednesday where you could link up décor questions and ideas and get feedback, even as simple as posting a room and asking “what do you think?” I had fun with it, and based on the number of comments, you did too. I love posting pictures to facebook and getting feedback, so why not bring it to our favorite new hangout – Pinterest! 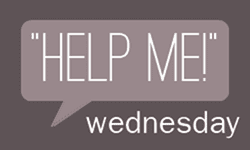 Two weeks ago, I posted this photo on facebook  and asked for help in chosing a color for this freecycled bench. I was primed, ready to go, and stuck! 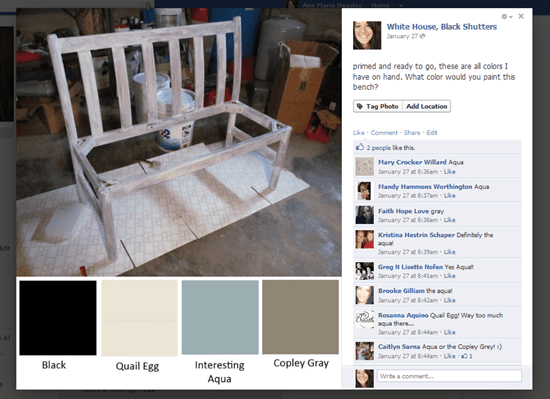 Although a few of you suggested gray or black, there was an overwhelming response to the aqua so I took the plunge into color! 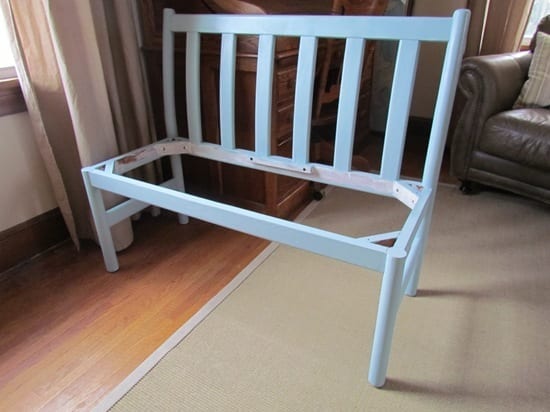 And, well, to be honest... it wasn’t the punch of color I had been expecting. It’s really neutral. And maybe a little bit blah? I’m not sure if I should go back to the drawing board (or facebook wall, haha!) and repaint, or keep going and sell it in my garage sale. The color looks awesome in my stairway! :-/

A few of the responders said it depended on where the bench would be living. I was originally thinking the bench would go in our dining room as extra seating for parties, and maybe leave it in the basement in the kids’ playroom when not in use. 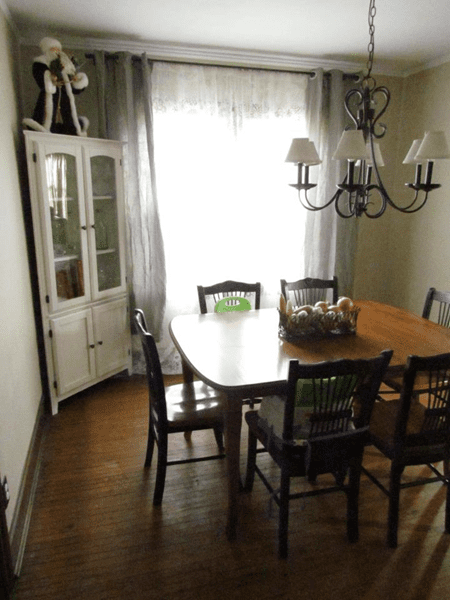 So there it is, blah. I was hoping for a really exciting end to this project and still am, but feel as if I’m stuck. While I was looking to get out of our sea of monochromatic neutral, I feel like I’ve painted my way back in.

BUT! It’s only paint! And it’s sunny outside... so maybe some spray painting is today’s forecast as well?

What color would YOU paint the bench?

Or should I leave it and come bring the bench over to your house? I just asked and the bench told me it wants to come live with you. And then we could meet up and have lunch? I like that idea a lot 😉