If you know us, you know we’re a fan of the thrifty.

And since we are “white house, black shutters,” we needed some shutters on our tan house to make at least half of the name true!

I mentioned that we were starting our project here, 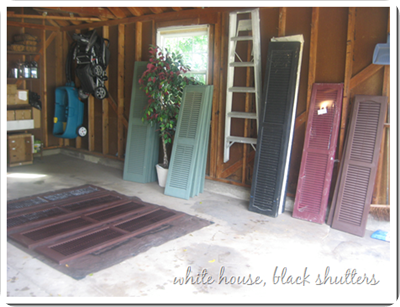 gave you a little preview here, 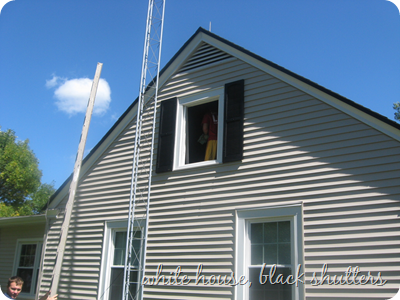 even spray painted my feet black,

but here they are! 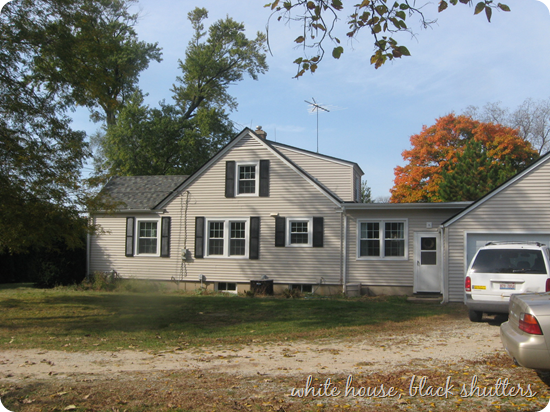 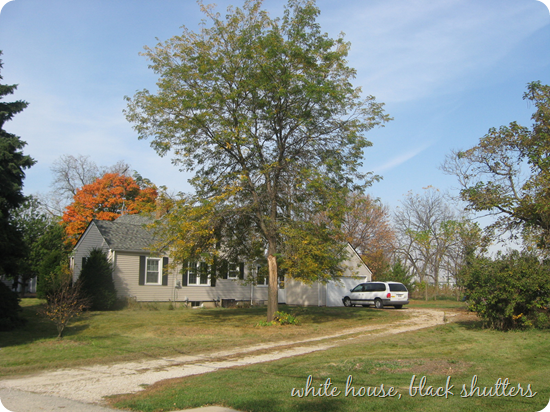 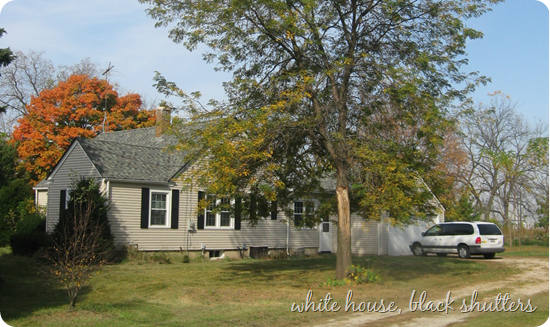 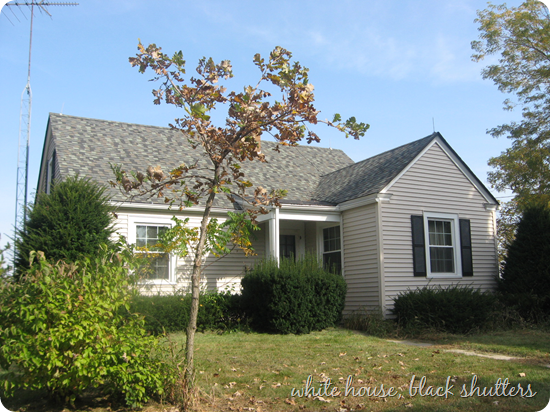 We saved money by not being super picky about the sizing and only using second-hand shutters. 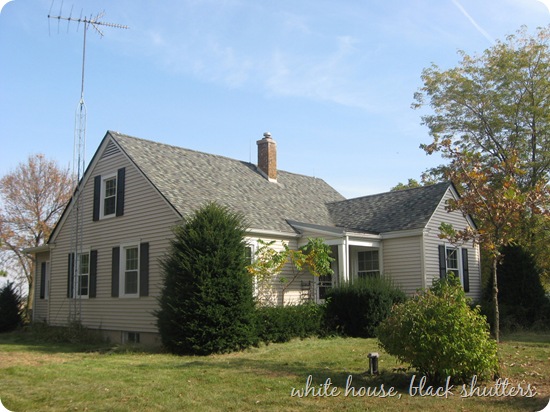 Scoured freecycle.org, hit up craigslist, and our local Habitat for Humanity ReStore. 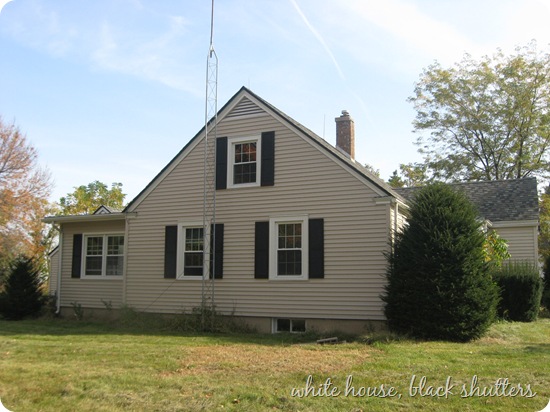 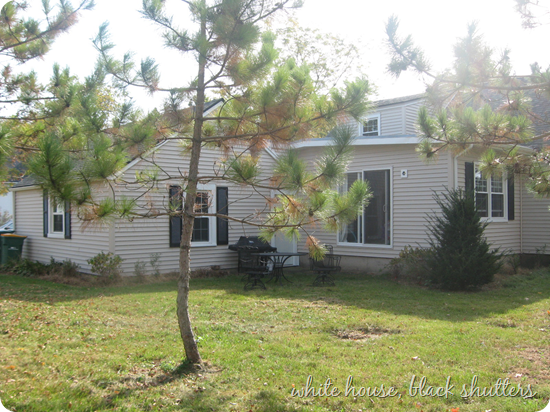 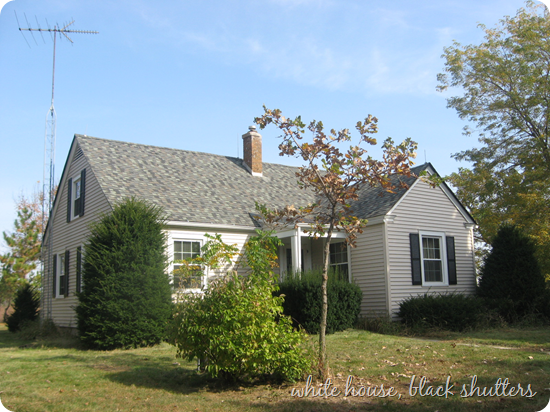 Since they were all different colors than the color we actually needed, we sprayed all of the shutters using Rustoleum Satin black spray paint, which has a built-in clear coat and is made for outdoor projects. 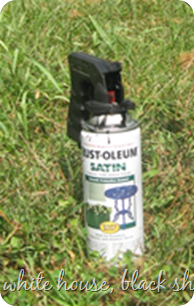 Some before and afters for ya, watch as we go from a 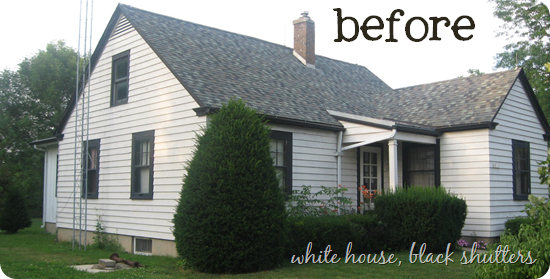 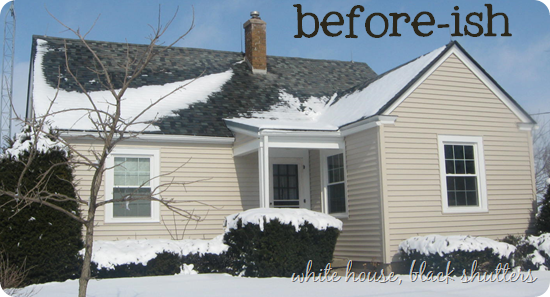 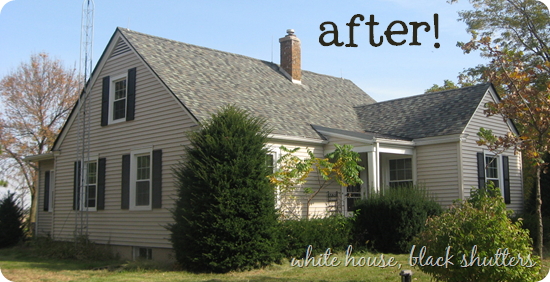 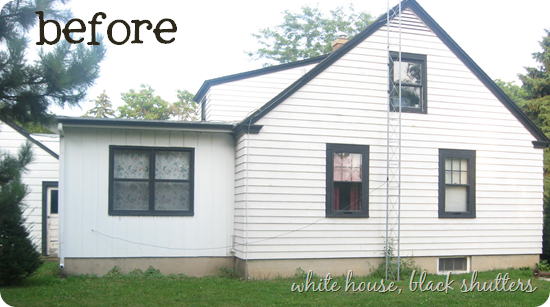 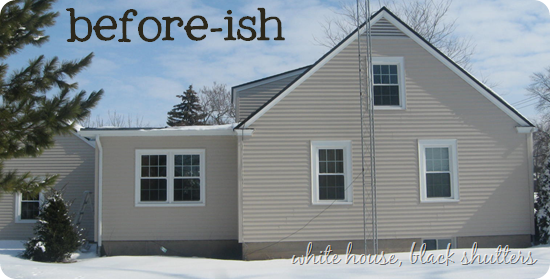 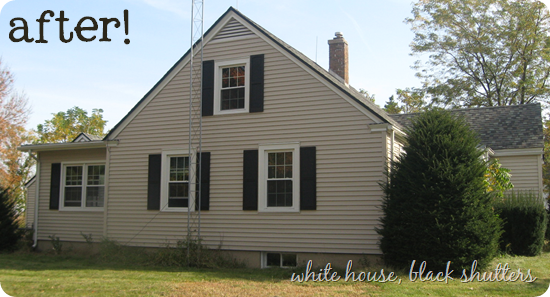 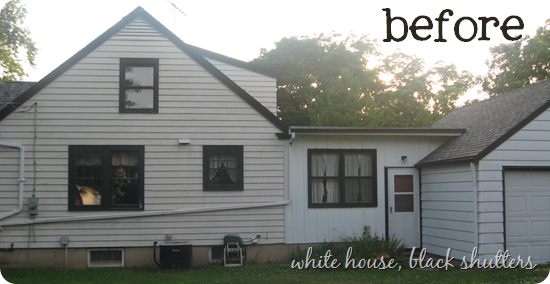