When I cook, I usually start with an idea and throw things in along the way, and dinner is sometimes an adventure.

This soup was so hearty and delicious, it’ll definitely get thrown into our rotation! 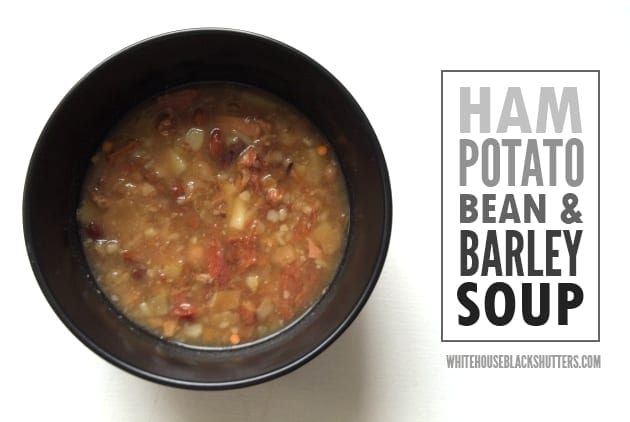 I took the bag of Trader Joe’s 17 Bean & Barley Mix (any mixed beans will do) and soaked it overnight.

Into my biggest pot went the beans, ham and ham bone, half a pot of chicken broth, half a pot of water, and 2-3 bay leaves. After that cooked a bit, I cooked some diced potatoes in a separate steamer pot.

I removed the ham bone, cut up the ham, and added that back in. 3/4 of the diced, cooked potatoes were mashed and added to the soup, 1/4 were not mashed and added as is. Add some salt and pepper and you have a hearty soup that will warm you up! 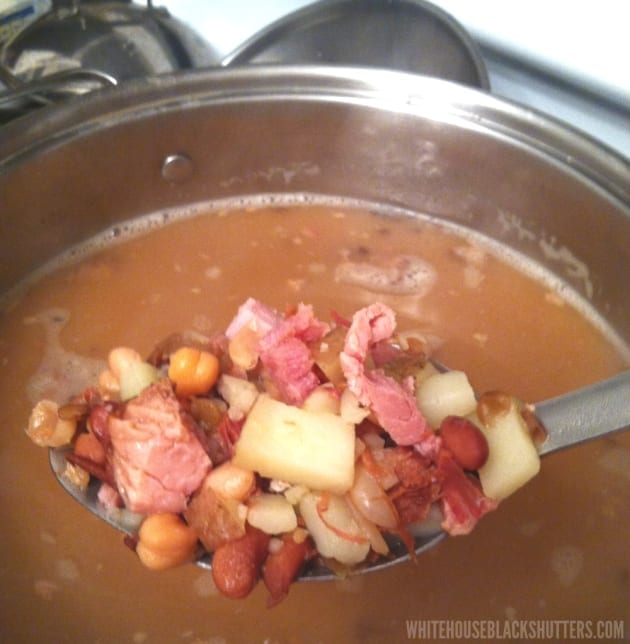