I feel like Instagram has made me a more inventive cook. I look into the freezer and see frozen ravioli, and then back to my phone and see everyone’s yummy dinners. It’s almost like a challenge. I see your macaroni and cheese and raise it with bacon. 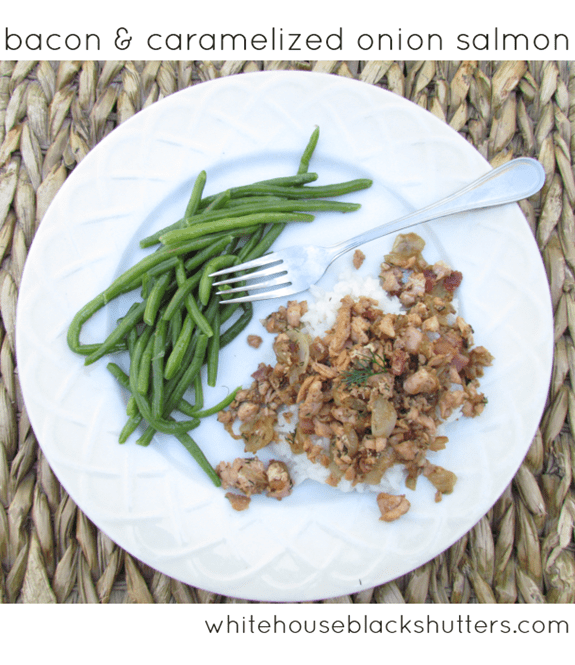 While I love bacon, I normally eat it as a stick of chewy yet crispy goodness. Most times at breakfast.

But I recently found a recipe for corn cakes that called for bacon, and now I’m even more addicted. If that was possible. I’ve been adding 2-3 slices diced to ev.ery.thing.

It is the perfect food. It adds a touch of texture, saltiness, then leaves behind grease so that you can cook other foods. It evokes memories, makes me happy, and makes me feel like a excited dog. BACON!!!!!!!

Last night I was defrosting salmon to make salmon and rice and veggies (boring). I reached in the fridge to get the butter and saw it staring at me. BACON!!!!!!!!!  (insert panting) 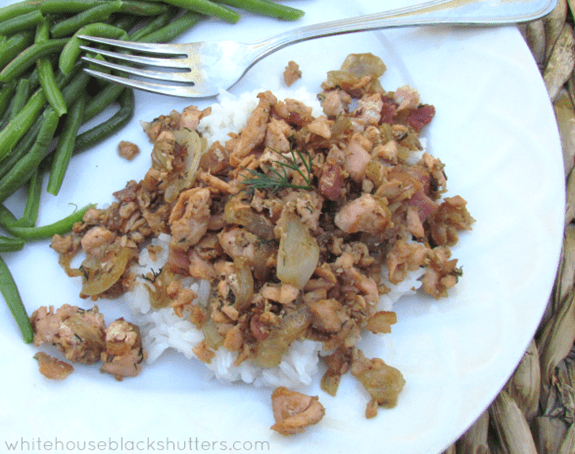 Remove from heat, stir, and serve over rice and alongside veggies. 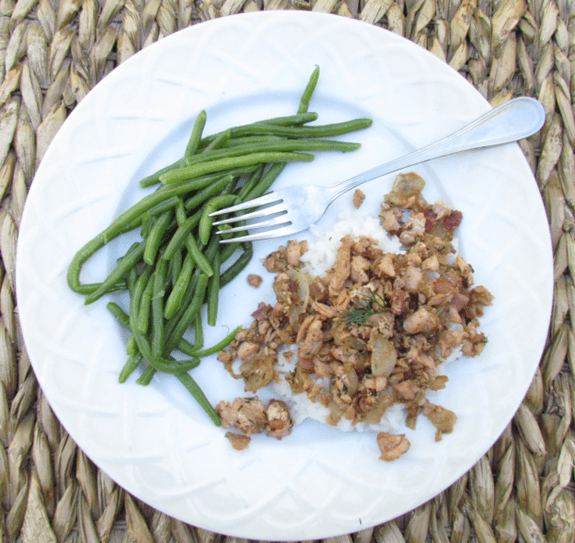 The flavors of bacon and dill combined perfectly with the caramelized onions and salmon. Dill is so light and crisp and bacon and onions can be heavy, but they worked great together.

I do realize that the above salmon looks like dog food.

But it was amazing. Like a party in my mouth. I wanted seconds and thirds and fourths but it was all gone. Don’t like salmon? I think this mixture would work REALLY well with chicken too!

Are you in love with bacon (and bacon grease) too?